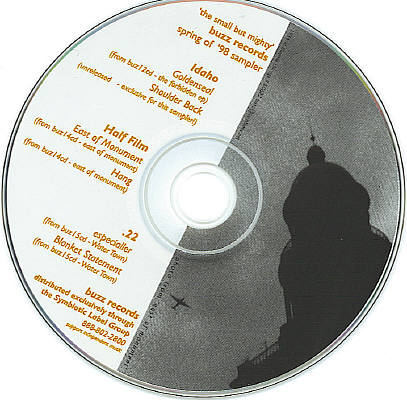 "The Small But Mighty" - Buzz Records - Spring of '98 sampler

this compilation was printed to promote the Buzz Records artists for the 1998 SXSW festival and came in a plain, white cardboard slip case

Goldenseal was previously released on The Forbidden e.p